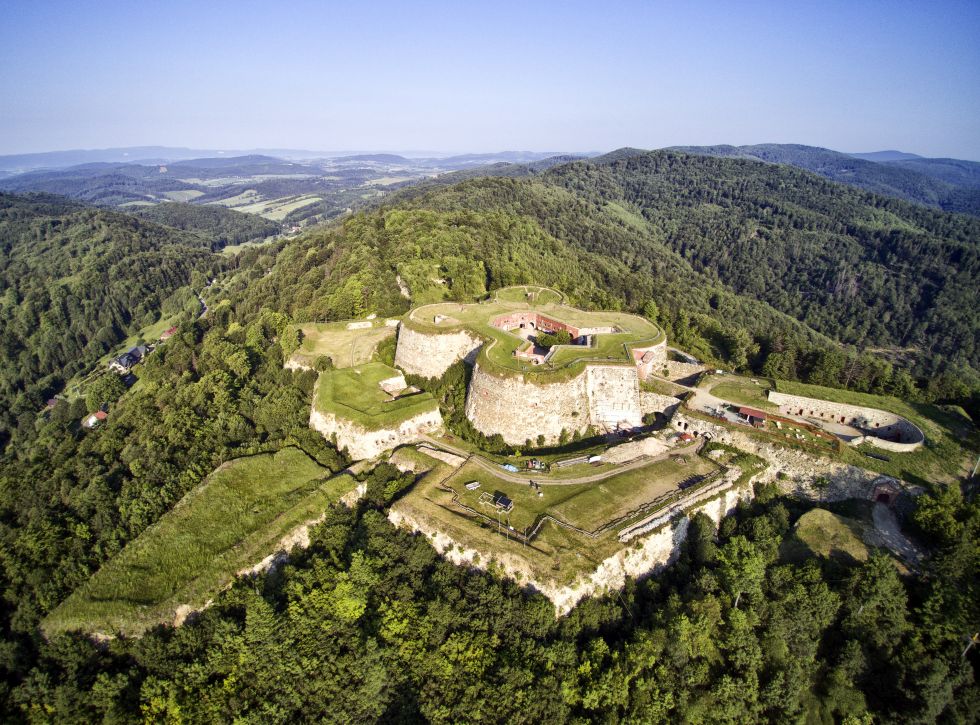 The Srebrna Góra Stronghold is a unique cultural heritage site in Europe and one of the most important attractions in Lower Silesia.

At the time of its construction (1765-1777) it was one of the most modern fortifications of its kind in Europe. The mighty Donjon, one of the most interesting fortifications of the modern era, was and still is a source of the greatest admiration. However, the fortress of Srebrna Gora is not just one building, but a whole complex of forts towering over the town. The main core of the fortress is the bastion complex with the Donjon in the middle. This fortress had 151 fortress rooms (casemates) on three storeys. Huge stores, wells, an armoury, a chapel, a prison, a hospital, a bakery, a brewery, workshops and a powder magazine made the fort completely self-contained and self-sufficient. It housed 3,756 soldiers, huge stocks of ammunition, fuel and food. Within the fort 9 wells were dug, including the deepest one (about 80 m) in the area of Fort Ostróg. After the completion of construction the fortress was well prepared for military operations. The fortress had its baptism of fire in 1807, when the French army commanded by Hieronymus Bonaparte, Napoleon’s younger brother, arrived at Srebrna Góra. The heavy fighting was interrupted by the armistice and the peace of Tilsit. After restoring the damage caused by warfare, the fortress was left in a state of combat readiness in 1850, when Prussia was forced to recognise the sovereignty of Austria. In 1867 the army marched out of the fortress and its war-time history was closed. From then on it served as a sapper’s training ground. The dissolution of the Silver Mountain garrison was followed by a change in the form of earning for the people of Srebrna Góra, whose livelihood so far had been provided by the army. Industry started to develop; in 1866 spinning mills were opened: Friedrich Felsmann’s spinning mill, Teodor Hentschel’s spinning mill, Karol Hentschel’s spinning mill; in 1869 Paul Tonke’s tannery; E. Anders & Sohne’s factory of metal products and precision mechanics. The pocket watch factory of Eppner & Co. was established – it occupied the buildings of the former barracks, and the fortifications served as a testing ground for artillery and explosives. At the end of the 19th century the Srebrnogórska Fortress became a tourist attraction. This was, among other things, due to the development of railway connections and the opening of the Silver Mountain Cog Railway in 1909, which connected Srebrna Góra with Nowa Wieś Kłodzka. The route led through the Srebrna Pass, where the Srebrna Góra Fortress station was located. Over the years the number of tourists increased and already in the 1930s the Fortress was visited by around 50,000 tourists a year. After World War I the DONJON was renovated and a restaurant was arranged in its interior, which in the interwar period could accommodate up to 300 guests. In addition to the restaurant, there was also an arms museum, the Fritz Reuter memorial chamber and a viewing platform. The dynamic development of tourism was interrupted by World War II. In 1913, a youth hostel was built on Fort Ostróg, and at the end of the 1930s it was turned into a training centre. In the years 1939-1941 a penal prisoner-of-war camp with stricter regulations and special surveillance system, Oflag VIII B, was established, where Polish officers were imprisoned, among others Major General Tadeusz Piskor, Rear Admiral Józef Unrug, Commander Stefan Frankowski. The post-war years brought devastation to the fortress, and the authorities showed no interest in the 18th century fortress. In 1966 a group of scouts from the Lower Silesian Scouting Troop took care of a fragment of the fortress, and they started a long-term scouting action “Action Srebrna Góra”.

Today, the Srebrna Góra Stronghold is a unique cultural heritage site in Europe and one of the most important attractions of Lower Silesia. The vastness of the entire complex and its location on peaks make it possible to rank the stronghold in Srebrna Góra among the largest mountain defence structures in our continent. In 2002, the first Fortress Cultural Park in the country was established in Srebrna Góra, as a key entity in activities aimed at renovation and management of the fortifications. The uniqueness of the site and its rank was recognised in 2004 by the decree of the President of the Republic of Poland granting the Fortress the status of a monument of history.

The Srebrna Góra Stronghold is a unique attraction and a place for history, nature, tourism and sport lovers, and its offer is directed both at individual tourists and organized groups, adults and children. The establishment of the Silver Mountain reconstruction group – Infanterie – Regiment von Alvensleben (No. 33) in 2007, referring with its costumes to the garrison stationed at the fortress during the Franco-Prussian War, was also of great importance for the promotion of the fortress. Since then, tourists visiting the fortress are guided by guides – soldiers. 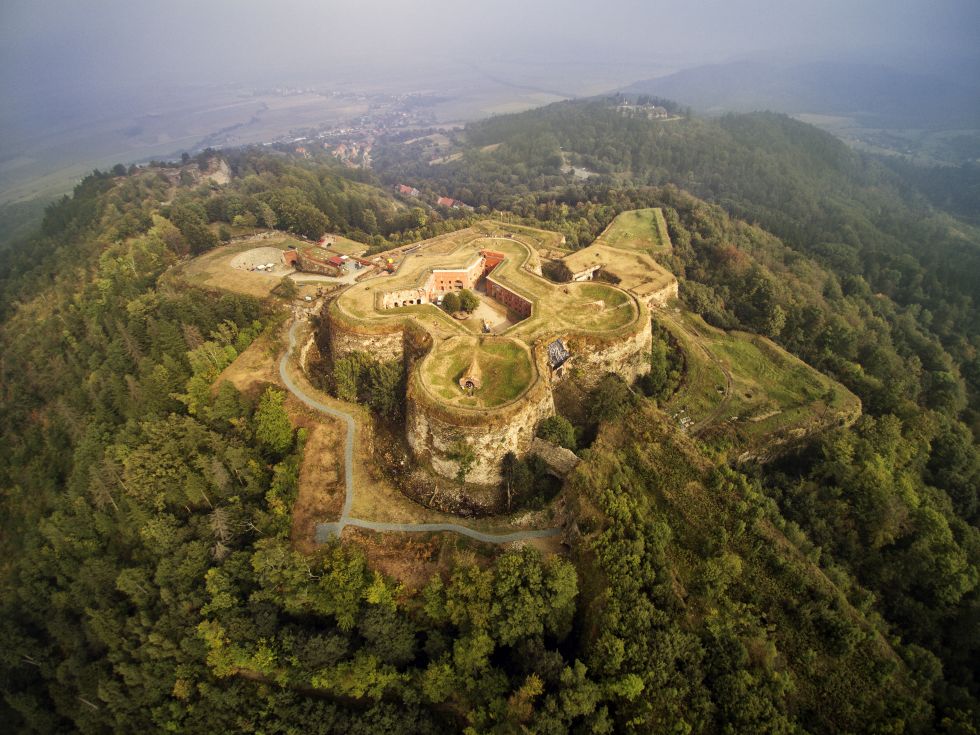